Yesterday a three year old child was injured at the illegal zoo in Montekristo. Montekristo itself is illegal however it has been allowed to operate and make money, as those who are supposed to regulate turned a blind eye.  To make things worse the complex was used by politicians from both PN and PL and it has also been advertised on local television.

Today the Times reported on how some illegal boathouses are being advertised for rent to tourists. These boathouses were built on public land without a permit, some in very sensitive foreshore areas.

Might I kindly ask how is this allowed? Seriously, how are these boathouses allowed to stand there? That land is mine, it’s yours, and it’s everyone’s. We all own that land. How can these people build it and take it for themselves? Why have our MPs accepted this for all these years? Why are doing nothing now?

Not only that, how can local legal businesses compete? The common person has to obtain a permit and actually pay for the impact assessment, and the VAT. Montekristo doesn’t need these expenses and neither do the boathouses. The legally abiding citizens are therefore at a great disadvantage.

If one were to criticise the current government or opposition for allowing this to happen, then surely one would be labelled as negative. Well, if being negative means being able to see how this is wrong then yes, I am negative. And those who screw law abiding citizens are positive of course!

The Valletta Summit has just ended.  What are the outcomes?  Is anything going to change?  Many people tended to be very sceptical on this summit and that the results will be rather vague or that no concrete conclusions will be drawn.

Overall, however, we think that this summit was not as bad as one might think.  Some key issues have been tackled and moreover, one cannot argue that no awareness has been raised.  Probably the most decent outcome of the entire summit was the so-called EU Emergency Trust Fund for stability and addressing root causes of irregular migration and displaced persons in Africa.  This intends to foster stability and contribute to better migration management.

However, despite some good conclusions which were established during the Valletta Summit, there are some key issues which were omitted or just mentioned in brief and that are rather vague.  A good example is that the summits’ main focus was on the economic counterpart.  While this plays a crucial role, one must not forget that other aspects such as the socio-cultural and environmental aspects are also vital.  Although many of these were in fact mentioned, however, they were not really tackled as primary issues.

Let us first understand the main causes of migration.  Many immigrants we receive either flee their home-country due to civil unrest such as political/religious persecution or are forced to leave due to disastrous economic crisis.  Another issue, which although has been mentioned in brief during the summit, but lacks specific detail is that of climate migrants, that is people having to leave their homes due to the severe consequences of climate change.

The first aspect we must mention here is the economic counterpart.  Although the establishment of the EU Emergency Trust Fund is good overall, one must keep in mind that this is not an entirely new idea.  Several economists and green politicians have been demanding more investment in Africa by Europe for many years.  This is something which should have been done years ago.  Investing in Africa is crucial since a potential number of migrants are so called ‘economic migrants’.  What we find bizarre is that the European continent has been exploiting Africa for centuries and only now realises the need to properly invest in this continent.  Therefore, although on one hand we welcome this decision, we believe that this should have been established a long time ago. 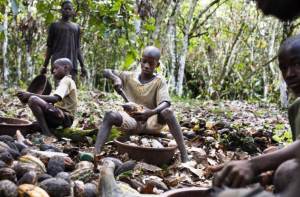 The second issue we want to discuss here is the socio-political aspect in relation to the big corporations.  Something which has been totally omitted in this summit was the way big corporations treat Africans and the environment.  Most of us are unaware of the harm mineral companies, food chain corporations, fishing companies, chocolate industries and many other firms are causing in substantial parts of Africa.  They pollute rivers, land and air.  They destroy habitats, make use of child labour and exploit people as much as only possible.  They over-exploit resources such as the fishing industry or make use of lobbying and breach international agreements.  Some corporations are also directly responsible for civil unrest by directly exporting weapons to areas of conflict.

Finally we can’t not mention the influence of climate change.  Considering that this effect will probably be one of the main causes, if not the main cause of mass movement in the near future, we urge all European nations to take a serious stand on climate action, especially in the coming COP21 meeting in Paris next month.

For such reasons we think that although the Valletta Summit has drawn some important conclusions, other priority issues were simply not mentioned.  If we really want to tackle the issue of migration we must also consider the above-mentioned issues and collaborate together in order to find long-term solutions to these problems.

Moreover, we would also like to state that the issue of migration cannot just be tackled by the European and African continent, but this issue is a global one and must be tackled by all nations on the globe since almost all nations on earth contribute to issues such as climate change and civil unrest.  Unless we establish a global summit to eradicate poverty, seriously tackle climate change and stop injustice and the related human rights abuses we will never manage to tackle the overwhelming issue of migration.  It’s time to stop thinking of inefficient short-term solutions and move on to long-term solutions.  Only if the pillars of sustainability, that is the economic, social, cultural and environmental components are equally weighted and respected will we be able to successfully tackle the issue of migration.

Earlier last week the Government lost a grand total of €11 million in EU funds for the Coast Road project.  A report from The Times a few days ago revealed that nearly €6 million may also have to be refunded if plans for the concession of services to the Gozo Hospital go ahead.  EU regulations state that projects receiving funding from the European Regional Development Fund, the European Social Fund and the Cohesion Fund have to be returned if the project had undergone a “substantial modification”.  There is no prize for guessing who will fork out these extra funds. 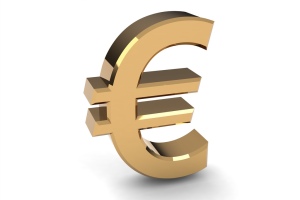 After a few days of intense rainfall the Maltese Islands experienced substantial flooding.  Some areas are always affected more than others.  Some good examples are Msida, Birkirkara, Gżira and other low-lying areas.

However, this time we experienced some unexpected flooding in another area, namely at Kennedy Grove.  Such flooding events will not be uncommon in the coming years and will probably only get worse over time.   Many people blame the weather as a cause of flooding.  Although of course the intensive periods of rainfall which we encounter in the Maltese Islands are normal for the Mediterranean region, climate change is increasing the severity of such storms.

However, Malta experienced severe storm events in the past as well.  The main cause of this severe flooding is the constant increase in urbanisation.  In the last 50 years urbanisation increase from 9% in the late 60s to over 30%.  The problem is that urban landscapes, including buildings and roads, do not let water percolate through the ground.  In other words, these impermeable materials do not allow water to be absorbed.  Therefore, rainwater will start to collect on bare ground and flow to lower areas as surface runoff.

A good example of this is the recent flooding of the brand new coast road at Kennedy Grove.  Currently we are experiencing flooding almost whenever it rains.  Moreover, storm flooding is expected to get worse in future due to climate changes and the continuous urbanisation of our island.

Long-term solutions do exist, such as green roofing, planting of trees and proper management plans.  However, in Malta at the moment we are doing the exact opposite and we are trying to solve the problem by short-term flood relief projects by throwing away freshwater into the sea.  Are we ready to move towards a sustainable future and reduce flooding in a proper way or do we want to continue using unsustainable short-term solutions?