Malta’s Valleys are a unique habitat hosting a variety of species which fully exploit the topography and characteristics found in such places, making them one the richest habitats one the Islands (Schembri 1994)⁠. Unfortunately many of these Widien, are under threat from various anthropogenic sources, including quarrying and landscape alterations. 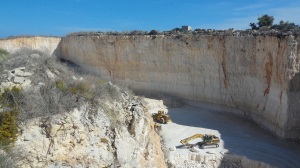 One particular valley, Wied Inċita (Attard) is under significant threat from several disturbances. The most notable of these is the ongoing quarrying of limestone and dumping of construction waste. Situated behind Mount Carmel and the ELC headquarters, Wied Inċita is a magical place for nature lovers, however it is undermined by earthmoving machines and use as a landfill. Quarrying has eaten away massive areas of Garigue Habitat on the top part of the valley, whilst the Maquis which forms at the base is also under threat. Quarrying releases large amounts of dust, while generating noise and vibrations which are a nuisance to nearby residents. People from Naxxar, Siggeiwi, Qrendi and other quarry encircled towns can easily relate to this.

Illegal quarrying operations have not gone unnoticed and the Attard Local Council has filed a judicial protest and court case against the owner of the dumping site and concrete factory, which are both operating illegally. Several law infringements have been pointed out including the construction of illegal buildings; quarrying outside of the allowed range and dumping of waste beyond the height limits stipulated by Maltese Law.

The valley is also a popular fly tipping site, with construction waste being dumped at one’s convenience from the road onto the sides of the valley. Litter is ubiquitous and varies from asbestos sheets to shotgun cartridges to plastic bottles. Concrete and rubble have also been dumped directly onto the valley side.

What is clear however is that this area has significance with locals. People who visit Wied Inċita,  to appreciate what’s left of the natural valley, and enjoy the relative peace or to walk their dog, go there for a reason. The site which is easily accessible by most modes of transport, is relatively cut off from the hustle and bustle of city-life, offering refuge for humans and animals alike. Apart from being a site of ecological importance; the place also has cultural significance, and the degradation of Wied Inċita may result in the loss of ecosystem services such as that of recreation.

Unfortunately whilst this may seem like an impossible issue to solve alone, when taking other environmental crimes into consideration around the island (including the numerous similar cases which threaten the Maltese Widien and other sensitive habitats), little has been done to remediate the damage caused. Such places are gradually being degraded, sometimes beyond repair. Habitat degradation favours the establishment of invasive plant species, which in turn contribute to the loss of biodiversity. This is a viscous cycle, which can only be broken through good environmental management. This however does not come without a cost, which is why if found guilty, the destroyers of Wied Inċita Valley should be made liable to cover costs for the restoration of this habitat. There is a glimpse of hope being offered by the Attard Local Council, but court proceedings in Malta unfortunately do too little, too late. We as citizens however, can take action by voicing our concerns, and bringing such cases into light to the relevant authorities.

Despite facing an open court case and substantial pressure from both the European Commission and Parliament, the government of Malta once again decides to open a trapping season for finches.

One might think why all this fuss?  Apart from breaching EU laws, the so called Birds Directive, this action also reflects negatively on our nation.

Let us for a while forget the European Court of Justice and international relations and just focus on our tiny island.  The Maltese islands comprise some 316km².  From this small land area, roughly one third is made up the urban environment.  Around a half of the total land area is dedicated to farming and the remainder is natural or rather semi-natural land-cover. 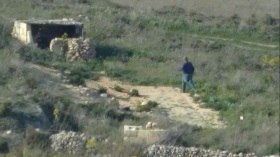 Why is this important?  Considering we only have such a small amount of natural land left, we must ensure that this tiny percentage is preserved.  The issue of finch trapping here is that in order to trap birds, trappers must clear a substantial part of land to keep it free for their nets.  Not only are they using herbicides and destroying our flora, but they are also destroying our fauna, not only the birds they trap, but also the species that rely on the natural vegetation which was destroyed by burning and use of herbicides.  Additionally, snakes are also targeted by trappers as they prey on birds.

Therefore, combining all these negative factors, it is only logical not to open a trapping season, especially for finches.  Not only are we breaching laws which reflects bad on our nation, but in this way we are also destroying our limited natural heritage.

Most of us know about the problem our island faces when it comes to litter.  Wherever you go, whether it is a beach or a nice spot in our countryside, you’ll always find it somewhere.  Litter.  Many people tend to simply throw their rubbish away.  One may find all sorts of litter ranging from plastic bottles to furniture or electrical equipment.

A good system which can be used in Malta is that of giving trash a value.  This system has been in place in Germany for several years now.  The system is quite straightforward.

Basically if one buys a bottle or can, one will pay extra money, for instance €0.25 per bottle or can.  After consuming the drink, the person can then return the bottles or can to a store where he/she will be given the money back as vouchers, i.e. the €0.25.  This voucher will be used at the cash after shopping and will reduce the price of the shopping according to the amount on the voucher.

This is a very effective system since in Germany I never saw any bottles or cans thrown away anywhere.  It encourages people to recycle and not throw away their litter.  Therefore if we had to introduce this system and giving litter a monetary value people would not throw away cash.  This will definitely reduce the amount of litter in our countryside, just like countries such as Germany.

While in Poland for 2 months this summer, working on a school project on green-roofs, I decided to attend a conference organised by the European Green Party on Green Cities in Helsinki (25-26th September).

The topics brought up in the conference were both interesting and engaging. The programme was laid out in a very efficient way striking a balance between delivering the content and also getting the time to recharge with some good (mostly vegetarian) food and coffee/tea. Arriving in Helsinki, I was struck by the vastness of the place, the peculiar landscapes, the thin clean air and the calmness in the city albeit being quite an active one. The efficient trains and buses are not cheap by Maltese standards, but you get what you pay for I guess. Punctual arrival times with displays on most stops showing the expected arrival times of trams, trains and buses are helpful.

The conference kicked off with the usual registration process accompanied by a handbook and freebies. My choice of workshops reflected what I felt was most relevant for the Maltese Islands’ situation, such as transport; tourism and green public procurement. The combination of technology (such as through Skype conferences) with the positiveness of the audience made this experience truly worthwhile. The experience and knowledge shared by some politicians from German; French; and Dutch towns was very inspiring (not to mention the others) and I still feel that there is so much potential in Malta to become more self sustaining in several aspects.

The Finnish Greens are very helpful; showing us around the place, hosting guests (including myself) and also having parties with us! I would like to congratulate the EGP and Finnish Greens for the great work they managed to get done and to encourage more such events to held around Europe.

Earlier today the entire country was brought to a standstill due to a rather prolonged storm. All the roads were jam-packed with cars laying motio
nless. Buses were not passing, and people were left stranded.

There’s two main aspects here: the fact that our roads turn into rivers after a bit of rain and that car and bus traffic grinds to a standstill every time this happens.

Both need to be addressed urgently, as they both have been ignored for too long. Roads flood because most of Malta is built up and then all that water is wasted.

However I will leave that matter for another time. The problem regarding traffic is not an easy one to solve. However normally most talk goes around the partisan lines of blaming the other party. Arriva was better or worse, depending on the side you’re on. This of course will get us nowhere. 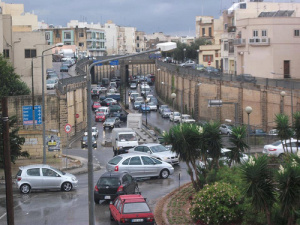 It is evident that cars and buses will get us nowhere. However if today everyone used a metro, or say a monorail, nobody would have been stuck in traffic. In fact everything would have proceeded normally for the local commuters. No traffic, no panic, no arriving late.

Bicycles or motorbikes may also be an option. However a new form of transport is a must. We just cannot keep on loosing all this time every time it rains and every time there’s an accident or during rush hour.

Transport is a fundamental part of our daily lives, let’s invest in it and make it better!